Does The Gay Consumer really exist? 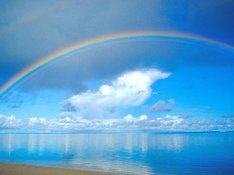 Jan 2009: start of sabbatical, and start of preparing set up of research and theme(s).

Aug 2009: found Prof. Dr. W.F. (Fred) van Raaij, professor in Psychology of Economic Behaviour at the Faculty of Social Sciences of the University of Tilburg, prepared to be my promotor. 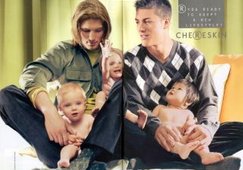 These are all (print) ads, used to target LGBT customers/employees.

Click the images for a larger picture and comments.

Outline of first case studies set up (ABSOLUT vodka, Ginch Gonch). Conducting telephone interviews with a number of US experts, one in Colombia.

Working on consumer survey, plan to launch in February.

Mar 2010: started my research of the Netherlands, by checking news and print media. First responses coming in.  Meeting Promotor next week to dicuss progress and finalize consumer survey.

Oct 2010: master class given at Amsterdam University of Applied Sciences in their minor City Marketing, about Gay City Marketing. Received favorably. Good opportunihy for me put things into perspective.

Nov 2010: presentation of first findings at anniversary dinner of Genius.

Dec 2010: Dutch glossy Winq invited me to extend my research to their readership, to establish a profile of "the Winq reader". The Duch issue (20,000) and international issue (120,000) will feature half a page in their December release. Total number of participants now stand at 2,617.

Apr 2014: first manuscript (of 600 pages) submitted. Received 26 pointers for change and improvement. Most important: reduce volume to 300 pages. Can be achieved by putting most case studies in appendix (and reducing font ;-).

Dec 14: Dr. Gert Hekma and Dr. David Bos have agreed to be on the committee for the opposition. Bob Witeck will be special member. I am honoured! Two more members will be invited.

Jan 15: volume of the thesis condensed from 600 to under 300 pages (other material, mostly case studies, will be published separately)

June 15: received a (final?) set of revisions from my promotor. This means the final ceremony will not be this year anymore (lead time is 6 monhts).

2016: for reasons of work and health, progress has been slow.

2017: due to the retirement of my promotor, I will have to find a new professor who could and wants to steer me in the right direction. This will not be easy, as it took me 10 months to find the first one.

July 2019: agreement on way forward. 90% of manuscript is now ready, the rest will be based on the book "Doing the right thing; a value based economy" of my promotor, which ties all elements of my research together.