The Samsung Group (est. 1938) is the largest South Korean business conglomerate. As of 2020, Samsung has the 8th highest global brand value.

The smartphone platform was developed with partners, officially launched with the original Samsung Solstice line in 2008, which was later developed into Samsung Galaxy line of devices including Notes, Edge and other products. With these articles, they are in direct competition with Apple (see separate article).

In 2012, an American jury ruled that Samsung Electronics had to pay Apple $1.05 billion in damages for violating six of its patents on smartphone technology. Apple sought to ban the sales of eight Samsung phones but this was denied.

In 2015, Samsung has been granted more U.S. patents than any other company – including IBM, Google, Sony, Microsoft and Apple. The company received 7,679 utility patents. 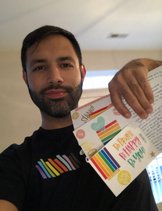 Their corporate website includes an elaborate section on Diversity & Inclusion, which states: "From supporting the Black Tie Dinner in its efforts to raises funds for LGBTQ+ supportive organizations in North Texas to hosting regular internal events to engage in courageous DE&I conversations, our ongoing efforts are a reflection of our dedication to create a safe, supportive and creative working environment for all our employees." There is an LGBT+ employee resource groups (ERG) called the Equality Alliance. The ERGs take an intersectional approach, for instance to Pride Month there was a collaboration with Galaxy of Black Professionals. Other collaborations exist with the Hispanic and Women's groups.

They pay attention to International Transgender Day of Visibility. One transgender manager said: "I listened to our company’s leadership present about how our company dares to dream, dares to be different and dares to do what can’t be done, one uncomfortable reality overcame me: I have had to spend most of my life doing the exact opposite because I identify as transgender." The video “Ostrich” - set to the tune of Elton John's Rocket Man - inspired her, showing the flightless bird who learns how to fly. "We make what can't be made, so you can do what can't be done."

Samsung also participated in the Out and Equal conference, for instance in Washington D.C. in 2019.

Samsung was not a very vocal supporter of the LGBT community for a long time. As late as 2014, they did not make a noise: when 'colleagues' like Google spoke out against the Russian laws during the Sochi Olympics, Samsung remained silent. They even blocked gay app Hornet in their app store in several countries in 2015 “due to the local moral values or laws".

“Samsung does not have any support policy for LGBT employees, but the company respects the rights of every individual,” said Kim Jung-suk, director of Samsung Electronics’ corporate communications team in 2016. He explained that stipulating certain rules about such a sensitive issue could bring about different kinds of problems, such as reverse discrimination. “Just mentioning an individual’s sexual orientation at the corporate level could create unexpected results that are usually not positive."

In celebration of Pride Month, Samsung 837 (a flagship store that combines art, fashion, technology and gaming) took over New York City’s Meatpacking District "to celebrate the intersection of community and culture within the LGBT+ community." They teamed up with Pride Media and its brands- OUT, The Advocate, PRIDE, Out Traveler, and Chill- to transform into PRIDE PLACE, a five day experiential pop-up during NYC Pride.

For Samsung Gives Month of Service, their month-long employee volunteerism campaign, they chose The Trevor Project.

In support of LGBT History Month and National Coming Out Day, Samsung Equality Alliance hosted an internal virtual event to provide employees an internal platform to share their stories with their peers.

However, things are different in Korean and the US. In 2015 they joined more than 50 businesses in the coalition, called Texas Competes, by signing a pledge saying LGBT inclusion is essential to maintaining the Texas brand, attracting top talent and new companies to the state, and supporting a healthy tourism industry.

Each October is celebrated as Global Diversity Awareness Month.

The Human Rights Campaign Corporate Equality Index ranked Samsung as one of the Best Places to Work for LGBTQ Equality.

The brand started a collaboration with Gus Kenworthy. In a series of ads his friends, family and fans send him messages of support. One video is called Letters of Influence, My Road to Pyeongchang (2018), another Roots (2019).

The messages are touching, particularly the one from Kenworthy's boyfriend Matt Wilkas - with whom Kenworthy locked lips on national television during the Olympics. “I am so proud of you," Wilkas says after showing Kenworthy that he keeps his boyfriend's side of the bed empty while he's gone. "I am so happy for you. Cause I know how hard you have worked to get here. You are loved by so many people, Gus.”

Celebrating technology to come, we see a clothing designer putting something together on a triple panel of 6-foot tall monitors, an artist tattooing someone remotely via a robot, and a pregnant lesbian couple conducting their own ultrasound at home with an attachment to their phone. Special credits for the casual representation of LGBT characters.

A man inserts the Galaxy Buds2 earphones, presses the button and suddenly imagines himself sashaying down a catwalk and voguing to DLMT's "Love the Way You Move" while wearing a red feather boa and silver pants. He comes back to reality and gets a smile from a store cashier. The tagline, "Immerse into your world."

Flamboyant artist Todrick Hall struts his fabulous stuff for Samsung's Galaxy: "My phone can do crunches!"

For the holiday season 2021, Samsung released a cute video with a lesbian couple (blink and you will miss it, though...). While on an evening stroll, a young woman with her female partner pass by a Samsung store, where Todrick's Galaxy catches her eye. As she walks away the phone displays a broken heart and starts playing the "She's Gone" playlist. An AR emoji pops up on the phone that resembles the girl and all the phones, watches and earbuds in the store have animations on the screen that display the feeling of love. That all ends when an employee turns on the store lights and everything quickly goes back to normal. To the young woman's surprise, she receives that same phone she was eyeing for the holidays. Samsung asserts that his holiday season, "you are the gift".