A brief history of the UK as a gay destination

In 1995 the British government, officially, did not yet pay any attention to the pink pound. To a question from MP Mr. Elletson: “To ask the Secretary of State for National Heritage what assessment he has made of the significance of the pink pound to Britain's tourism and leisure industry”, the Secretary simply answered: “None”.[1]

In 1998, the subject was brought up in parliament again. Following discussion ensued:

Mr. Cohen: What estimate he has made of the benefit to the tourism and leisure industries of promotions targeted at gay people.

Mr. Tom Clarke: I am monitoring the impact of the recent British Tourist Authority-London Tourist Board campaign to attract gay visitors to Britain.

Mr. Cohen: Is there a new attitude in Government circles towards gay and lesbian visitors to these shores, which respects the legitimacy and importance of such tourism? The United Kingdom caters for a diversity of interests and life styles. Will the Minister confirm that the pink pound is welcome here? London is an attractive place to visit. A gay and lesbian film festival is currently being held, but there are excellent clubs and places to visit all year round. Will the Minister disregard past prejudicial reviews and back the London Tourist Board's campaign to reach gay people?

Mr. Clarke: My hon. Friend's points are, as always, well made and well taken, and I am glad that he has drawn the matter to the House's attention. The role of the London Tourist Board is to optimise tourism revenue in the medium and long term for the benefit of London's economy. In fulfilling that role, it is entirely appropriate for the board to target all aspects of the market.

Mrs. Virginia Bottomley: Will the right hon. Gentleman try to be true to the spirit of his Department's original title of Department of National Heritage? I hope that the tourism and leisure industries are full of gay people. If the hon. Gentleman is referring to homosexual people, he should say so.

Mr. Clarke: With respect, the right hon. Lady spent a long time at the Department and has learnt nothing and forgotten nothing. People who work in tourism understand the importance of the role that they play: it is important for the economy, the environment and our social fabric. I do not think that many people will have much regard for the right hon. Lady's view.[2]

In 1999, during discussions of The Sexual Offences (Amendment) Bill, Lord Stallard stated: This morning I saw a copy of a report in the Daily Mail that will upset a lot of people. It is promoting tourist bosses who are launching a campaign to attract gays and lesbians to Britain arid cash in on "pink pound" travel. It advertises London as the gay capital of Europe and picks out 11 other British towns and cities as being "thriving gay scenes". It concentrates on all the gay facilities, pubs and clubs and God knows what that are available if people come to our wonderful country, which is free of any restrictions whatever. This is being promoted by the Government and I am absolutely amazed. (…) It says, "So come along and spend your money in Britain where all these things are free!" You can go on as long as you like.

He continues: “I have also received mail from medical people who say that homosexuality need not be a permanent situation and that there can be treatment for people who really want to come out of homosexuality.”[3]

Later that year, the House of Commons discussed the pink pound again, when Mr. Lepper stated, in the discussion On Tourism (New Millennium): “I am glad that Brighton is mentioned in the Government's strategy document, together with Bournemouth, as those seaside towns that began the process of diversification ahead of many others. (…) Gay tourism has become increasingly important. The gay pride event each summer now attracts some 60,000 to 100,000 visitors to the town, bringing in some £5 million in revenue. We have linked with the BTA's gay tourism initiative to explore the real value of the pink pound.[4]

Already in 1998 Manchester investigated the LGBT market. Their approach, however, had a high academic, social and ethical level, rather than an economic one.

“The sexuality dimension to tourism studies is under-explored. This paper seeks to contribute to the development of such a dimension by examining the significance of holidays for homosexual men. The evident targeting of holidays specifically at homosexuals reflects the strength of the ‘pink pound’ and such holidays are ostensibly sex-focused. As, however, the construction of sexual identity involves a societal input it is argued that holidays facilitate the construction of a homosexual identity. Much of the search for a homosexual identity necessarily involves travel and is analogous to tourism (travel to the ‘resort’ of the homosexual world) even though not involving holiday-taking. In addition, however, the taking of holidays by homosexuals serves a role in constructing identity; social censure of homosexuality makes the holiday a particularly necessary and significant agent for identity-construction.[5]

In 2000 the British Tourist Authority (BTA) stepped up its marketing activity targeting the gay community in the US. The US gay community had been targeted in the past by the BTA on a smaller scale using funding from London, Brighton and Manchester tourist boards but additional investment from Edinburgh, Glasgow and Newcastle has allowed it to expand its activity on to a broader scale.

The new campaign combined responsive ads in the gay press, a large scale direct mail push and banner ads on relevant sites including gay.com. It also included radio ads for the first time. The key target audience was 35 to 45-year-old gays and lesbians with a USD 100,000 plus annual salary. "It's a segment that we can easily identify and that reacts very well to tailor-made messages, particularly within the gay press where the loyalty factor is huge," explains Robert Titley, BTA director of communications.[6]

By 2006, the perception had changed so much (gay tourism being valued at three billion pounds a year) that the national tourist agency VisitBritain was urging gays around the globe: "Isn't it time you came out ... to Britain."

The IGLTA had recorded a 100 percent rise over the previous year in companies offering specialist holidays to Britain.[7]

In 2004, VisitScotland stripped a guesthouse of its recommended status after its owner refused to let a gay couple have a double room. The move came after the owner refused to let two gay men book a double room and branded the couple "sexual deviants". And the tourist authority has warned that it would be prepared to take the same action against any other hotelier who acts in the same way.[8]

In 2007, a law was introduced which banned hospitality operators from refusing customers on grounds of their sexual orientation.[9] David Weston, chairman of the Bed & Breakfast Association, said that while he welcomed the act on a broader level, he felt that B&Bs should be exempt. “A lot of small B&Bs are operated from people's homes, some by people with strict religious beliefs, who may be forced to close their business as a direct result of this law."

However, other hospitality operators welcomed the legislation, with Gino Meriano, founder of wedding organizer Pink Weddings, hailing the move as a "fantastic step forward". "We have been campaigning against the service sector saying no to the gay community for years and this is a great and historical move forward," he said. "But venues can still choose whether to have a license for weddings or civil partnerships and are therefore effectively still able to turn gay couples away," he said.[10]

The amendment to the Equality Bill, tabled by Lord Alli and Lord Lester, came after several complaints of gay couples being turned away by hotels, B&Bs and restaurants. However, the amendment works both ways: it also regulates gay or lesbian only clubs, as nightclubs will no longer be able to turn away heterosexual customers.[11]

Due to the crisis, a number of tour operator filed for bankruptcy. XL Leisure Group (UK’s 3rd largest operator) including their gay sub-brands Aspire, Throb and Lidana (which traded as Respect Holidays and Wildwind Holidays) all stumbled and fell.[12]

In 2017, headlines of the Daily Mail screamed: "They want pink payments! Tourism industry is trying to attract more gay holidaymakers". They continued: "The travel industry is increasingly tailor-making holidays for gay tourists, because they spend more than most other holidaymakers. A new UN report says gay people are 'dynamic and influential in tourism sector' as witnessed by Madrid, who generated €150million from its annual gay-pride festivities last summer."

The quest for fairness and equality has brought us closer than ever to equal rights for the LGBT community. As a result, one of the fastest growing tourism sectors was LGBT travel, predicted to be

180 million travellers worldwide by 2030. According to American market researcher Forrester, this market was worth £6Bn in the United Kingdom, and $85Bn in the US in 2018.

By 2019, the matter clearly has been decided. The official website VisitBritain has a complete LGBT section: "Britain is one of the world’s most welcoming naTher tions when it comes to LGBT visitors. From 12 loud and proud Pride festivals annually to hundreds of queer pubs and gay-friendly hotels, explore the highlights with our guides to the best LGBT destinations and events. #LoveIsGREAT". However, this section is tucked away deep inside the website, and there is no mention in the menu: only deeplinking brings you there. When searching for "gay", there are 13 results, which are rather random and not always relevant: 9 THINGS TO DO (info about 5 cities and their scenes), 2 DESTINATIONS (Birmingham and Brighton), 1 CAMPAIGNS (LGBT guide to Newcastle) and 1 CONSUMER LISTICLE (Brighton 's hidden history). Searching for "Lesbian" has one result, while "LGBT" gives around 20. There are a few LGBT guides, an agenda of sorts and a very sort promo What do you travel for? #LoveIsGREAT.

Websites like travelgay.com (by OutOfOffice) have extensive list and tips for "popular gay scenes, the best gay bars, saunas, cruise clubs, hotels, concerts, events, interesting travel ideas, fabulous offers and more" in 17 cities and regions. Meanwhile a number of cities have their own website, such as Brighton (Piers & Queers a tour of Brighton's LGBTQ history) and of course London, who previously had campaigns in the US that caused quite the controversy. 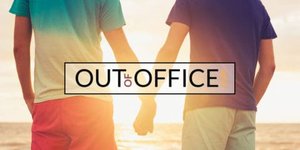