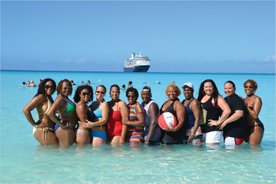 In a separate case study I looked at the market leaders in all-gay (cruise) holidays: Atlantis and RSVP. But there are more players in the field, aiming for the LGBT travellers, either "LGBT owned and operated" or mainstreamers. 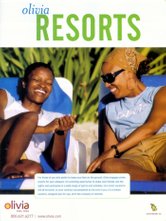 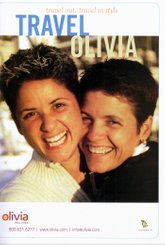 Next to Olivia, Sweet travel company organized trips dedicated to the lesbian travellers: cruises, resorts and adventure - but they are no longer in business.

R Family aims at gay and lesbian families with children, and their friends. Since its foundation in 2003 more than 15,000 guests have travelled with R Family. Rosie O’Donnell, the famous lesbian TV personality (if only of Donald Trump fame) who is foster and co-parent to 4 children, was co-founder of R Family, but after her break up with co-founder Kelli Carpenter in 2007 left the company, and was no longer mentioned on their website as such. R Family expanded into different concepts, for instance gay family groups on mainstream cruises. 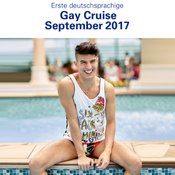 A first German language gay cruise was set up by Royal Caribbean to set sail late 2017, in collaboration with blu Media Group, under the new brand mCruise. The launch was motivated by the fact that ‘alternatives’ (read: Atlantis) were mostly aiming at the American market. They proudly announced that the ship Jewel of the Seas was built in Germany (as many cruise ships are). The promise of “famous artists of the community”, DJ’s and big shows attracted 2,100 passengers to take the cruise. It set sail for the western Mediterranean, “outside the school holidays”. Partners of the organization were dating site Planet Romeo, gay travel agent Dertour, and Aegean Airlines.

However, TUI beat them to it: a German cruise was organized by them in early May 2017, the Rainbow Cruise on "Mein Schiff 2". Special guest star was Eurovision winner Conchita Wurst, while the hostess was Berlin drag queen Gloria Viagra. TUI reported 1,350 gays and 350 lesbians (a much higher percentage than on Atlantis cruises) were joined by 150 straight couples and 10 children, and a good time was had by all. One gay and one lesbian couple could win a wedding plus honeymoon worth €4,000. Remarkably high was the number of single occupancies: 200 cabins only had 1 passenger. TUI also observed that over 500 bottles of liquor were sold in the first three days, as well as 400 bottles of champagne (3x more than usual), while extra  tonic had to be stocked up in Barcelona for the all-time gay favorite G&T. German TV station ZDF found it interesting enough to sail along and report on the cruise, following wedding winners Ken and Peter.

Early ‘00s ROmanCE VOYAGES, who cooperated with American Express, was born “when their GLBT family told them they were looking for a more in-depth travel experience rather than another circuit party”. They focused on “intimate voyages for men looking for more culture and class. Their trips are for sophisticated gay men, especially for couples seeking a romantic, cultured vacation.”  Destinations were listed as Egypt, Amazon, Greece, Peru, Russia. They no longer exist. 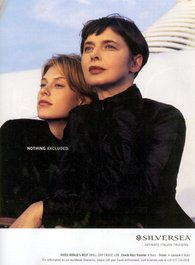 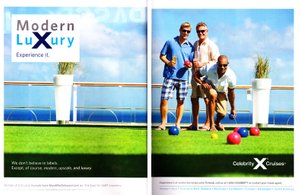 In 2014, luxury operator Celebrity (the top brand of Royal Caribbean) showed three men enjoying a ball game. The ad said “We don’t believe in labels. Except, of course, modern, upscale and luxury.”

In 2016 they advertised with a mysterious piece of chocolate and the tag line “Celebrate Love In All Its Many Glorious Forms”.