JetBlue, is the sixth-largest airline in the United States, founded in 1999, under the name "NewAir" (with the initial idea to call it Taxi). JetBlue started by following Southwest's approach of offering low-cost travel, but sought to distinguish itself by its amenities, such as in-flight entertainment, TV at every seat, and Sirius XM satellite radio, "to bring humanity back to air travel". The airline sector responded to JetBlue's market presence by starting mini-rival carriers: Delta Air Lines started Song and United Airlines launched another rival called Ted (both have meanwhile been reabsorbed by their parent company).

In 2013, they opened up their loyalty program TrueBlue for LGBT customers and their real and chosen families: “We believe our new Family Pooling feature will be a great benefit for all TrueBlue members, including our LGBT travelers, allowing existing same-sex couples and families to jointly earn and spend their points,” stated Kelly Roe, director of loyalty marketing and partnerships at JetBlue Airways. “Single LGBT travelers can also create their own family by electing one other partner over the age of 21, and also include up to five children, under the age of 21, if they wish to do so.” With TrueBlue Family Pooling, customers can determine their own “family” based on what is most beneficial to them. 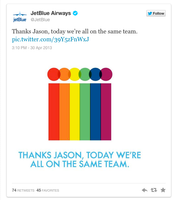 When NBA-player Jason Collins came out in 2013, they were quick to support him in a tweet: “Thanks Jason, today we’re all on the same team.” Some people thought JetBlue, a company without a connection to the NBA or Mr. Collins (unlike his sponsor Nike, who also backed him), was trying too hard - stretching to turn a gay-rights moment into a marketing opportunity. Seen in the light of their other words and actions, this is overthinking it a bit. A JetBlue spokeswoman said: "We aren't in any current talks with Jason Collins, but have the utmost respect for any individual who's true to themselves." 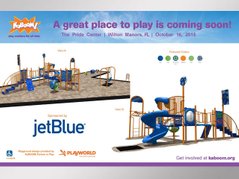 A few years later they accommodated the first LGBT-safe playground on a US campus, at the Pride Center at Equality Park in fort Lauderdale. The funding was done in cooperation with Kaboom Play Matters for All Kids. The venue should offer the opportunity for both gay and straight families to meet other parents, share parenting advice and organize play dates for the children.

In 2015 an airline blogger named them among the gay-friendliest airlines in the sky: “JetBlue’s laid-back hipness and upbeat attitude has always extended to the LGBT community.”

The next year, “more than 500 JetBlue crewmembers and friends danced their way down 5th Avenue in the 46th annual New York City Pride March,” according to JetBlue’s website. Their participation included their very own airplane float and a partnership with the New York City Gay Men’s Chorus (NYCGMC) who brought out a surprise guest – Judy Garland’s daughter, singer and actress Lorna Luft. 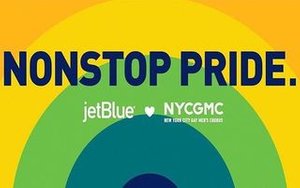 The NYCGMC was very excited about the partnership too: “#NonstopPride in New York and beyond. We’re bursting with excitement about our brand new partnership with JetBlue—a dynamic, out loud, big apple brand who we absolutely admire and adore. JetBlue and NYCGMC have always been pioneers for inclusion, champions for humanity, and fierce promoters of joy everywhere we go, so it’s wonderful to harmonize our voices through this new partnership.”

Note: this happened when Delta signed on as a lead sponsor of the event, which prohibited other airlines from having branding in the parade, including banners, flags, signs, posters, handouts, etc. Delta’s original contract with the event prohibited other airlines from marching in the parade, but apparently this violated a law requiring that anyone be allowed to march in a parade. So, other airlines could march and have materials that have the name of their LGBT group on it, but not the airline’s name. JetBlue got around this restriction by partnering with the NYCGMC and sponsoring their float, which had JetBlue branding. But Delta wasn’t happy about that, and other airlines were allegedly told that if they attempted to circumvent the rules, they would be blocked from marching. Subsequently, United decided to pull out of the parade altogether, rather than having a bad showing.

The parade happened only weeks after the Orlando shooting, where JetBlue also offered their sympathies and support by offering free flights for the victims’ families and domestic partners. 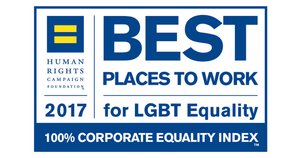 In 2017, JetBlue earned a perfect 100 score in the HRC’s Corporate Equality Index, for the sixth year in a row, distinguishing it as “best place to work for LGBT”. Robin Hayes, JetBlue’s president and CEO: “At JetBlue, our mission to inspire humanity extends to everything we do, whether it’s providing inclusive health care coverage for our crewmembers, or supporting countless nonprofit organizations doing important work for the community. This award is for all our crewmembers committed to making JetBlue a different kind of airline that’s led by our values.” 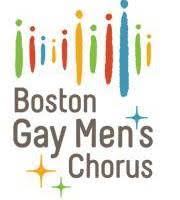 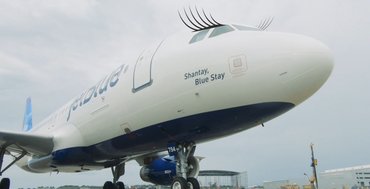 In 2019 JetBlue teamed up for Pride Month and WorldPride with RuPaul’s Drag Race. One of its newest aircraft was named: the Shantay, Blue Stay. The moniker, which appeared permanently on the plane, is an homage to RuPaul’s signature Drag Race catchphrase, “Shantay, you stay,” which informs contestants that they have made it to the next round. Two of the show’s most famous girls - Bob the Drag Queen (who won Season 8) and Trixie Mattel (who won Season 3 of RuPaul’s Drag Race All Stars) -appeared in an in-flight feature video spoof as flight attendants, celebrating the arrival of Shantay Blue Stay. In the video, which includes a look at the new Shantay Blue Stay aircraft, they also highlight various features of JetBlue, including unlimited free snacks.

The video was featured on JetBlue, VH1 and RuPaul’s Drag Race’s social channels, while a “making of” version of the spot aired on JetBlue planes.

At the same time RuPaul’s Drag Race celebrated Pride Month and the new aircraft by taking over the JetBlue terminal, T5, at New York’s John F. Kennedy Airport. The takeover featured Drag Race photos, displays, RuPaul quotes and a hair and makeup station. While the terminal takeover was only for a week, the new Airbus A320 aircraft will keep its Shantay Blue Stay name for however long it is in service. 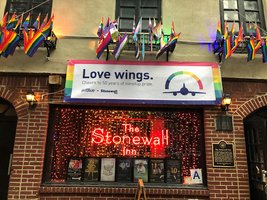 JetBlue has been a longstanding supporter of the LGBTQ community and has provided support for a variety of nonprofits across US, including Boston Gay Men’s Chorus, Lambda Legal, New York City Anti-Violence Project, New York City’s LGBT Community Center, NLGJA – the Association of LGBTQ Journalists, OutRight Action International, Long Beach Gay and Lesbian Pride and the Trevor Project.