First major airline to have a company-recognized LGBT employee resource group - GLEAM. Formed in 1994, GLEAM’s mission is to work with management and to reach out to allies and other employee groups to embrace the principles of fairness, acceptance and diversity in all company policies and programs.

First major airline to implement both sexual orientation (1993) and gender identity (2001) in its workplace nondiscrimination policies.

First major airline to endorse the Employment Non-Discrimination Act (2008) as well as the Tax Equity for Health Plan Beneficiaries Act (2009).

Admirals Club members are eligible to purchase “spousal” memberships for their domestic partners on an equal basis with heterosexual married couples.

First Fortune 100 company to establish an entire gay and lesbian national marketing and sales team: The Rainbow TeAAm. The team consists of travel specialists working with gay and lesbian community groups and national and local organizations to expertly handle travel needs and benefits.

American Airlines is a founding corporate member of the National Gay and Lesbian Chamber of Commerce, as well as the first and only airline today to include LGBT-owned businesses in its supplier diversity program. 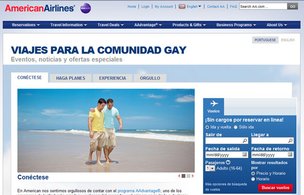 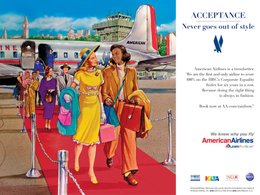 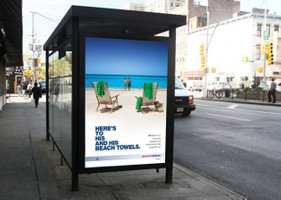 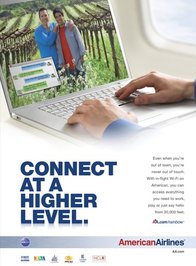 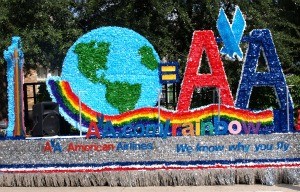