With a clear balance between commerce and social responsibility, in May 2004 MTV Network announced the launch of Logo, a new ad-supported cable network for LGBT viewers aged 25-49. CEO Tom Freston called it "either the worst kept secret or most long-awaited promise," inevitably citing the 15 million gays and lesbians in the U.S. with the (at the time estimated) USD 485 billion in purchasing power, at the same time saying he hoped “it would be a modest step forward for acceptance and respect for gay individuals”.  Freston added the timing of the decision had nothing to do with news headlines generated in preceding weeks on the legalization of gay marriage in Massachusetts. "This is not part of a grand strategy to ride down the aisle with all these happy couples. This network is not about politics," he said.

The channel launched June 30, 2005 as the first advertiser-supported commercial television channel in the United States geared towards the LGBT community. It was founded by former MTV executive Matt Farber. Its first president, Brian Graden was named by Out Magazine as the 10th most powerful gay person in America in 2007.

Judy McGrath, president of the MTV Networks Music and Comedy Group, which was overseeing the new channel, said that they were in collaboration with other MTV and Viacom properties (Logo replaced VH1 Mega Hits in some markets), had reached out to several writers and producers - 20 original programs were already in the pilot phase. Logo had commitments from Time Warner Cable in New York and Adelphia in Los Angeles and was in discussions with other operators, including Comcast, to launch the net in Atlanta, Philadelphia, Boston and San Francisco. Additionally, the web component was announced to be an important part of the strategy. "We feel the burden to come up with something unique and great," said McGrath, “This is the perfect audience for a very robust site.”

Mediaweek reported that Viacom, despite the flack it had received around that time from federal regulators and family-focused watchdog organizations seeking to stamp out what they deem was indecent programming on TV and radio, MTV Networks executives said they had not yet been spurned by operators or advertisers whom they had approached about partnering with Logo.

"This is not a network about sex or sexually explicit content," stressed Freston when asked about the inevitable backlash MTV Network would get from certain organizations as it prepared to launch the new service.

The network planned to sell sponsorships that went beyond 30-second spots and offered advertisers integrated marketing opportunities including product placement, editorial segments on-line, sweepstakes and off-channel promotion. Additionally, a subscription video-on-demand service was offered, that would be about 70% movies, with deals in place to acquire hundreds of movie titles from leading studios.

Some commentators wondered about the choice of the name, after all it was a disaster trying to Google anything about the station, from the actual logo images to programming. Logo said: "We chose the name because a logo is an identity and nothing’s more important than having your own, unique identity, and making it work for you. Your logo is your symbol, it’s what you put forward with pride, it’s who you are, and it’s what we are."

As of September 2006, Logo featured select programming content on the Video On Demand platform on Comcast, Cox, Time Warner Cable, and Verizon cable providers. In the same year Logo programming became available for download on iTunes (including several audio and video podcasts), Amazon Unbox, and AOL Video. In February 2007, Logo also started publishing shows for download with BitTorrent. As of March 2007, Logo is available on wireless platforms on Verizon Wireless, Sprint, and Virgin Mobile. In June 2007 and November 2008, Logo programming became available for download on Xbox LIVE and Zune Marketplace, respectively.

By 2008, Logo had just over 30 million subscribers, and was still the sole ad-supported network devoted to gay and lesbian interests. Interestingly, the same source, Mediaweek, reported that Logo’s “upscale demo” was estimated to comprise 19 million Americans with a combined buying power of around USD 800 million – a considerable growth in just four years time. By 2010, Logo was available in an estimated 41 million homes, reaching 52 million by mid 2013.

But they went the extra mile. As promised during the launch, next to running a few of their own websites:  their flagship site LOGOonline.com (later moved to the LOGOtv.com domain), NewNowNext.com, Downelink.com, VisibleVote08.com - mainly related to programming, or social networking. They bought 365gay.com (a site featuring news relevant to the LGBT community) and in 2006 they acquired AfterEllen.com (named one of "the world's 50 most powerful blogs" by British newspaper The Observer in 2008) and TheBacklot.com (previously AfterElton.com), both focusing on the portrayal of respectively lesbian and bisexual women, and gay men in the media. 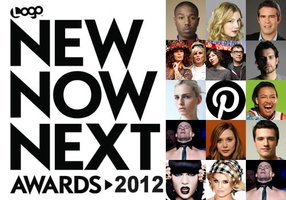 On February 21, 2012, Logo announced that it was shifting its programming strategy. Citing research that indicated that LGBT people were becoming increasingly less likely to prioritize highlighting their sexual orientation or identity, the channel entered into partnerships to produce programs that focused less on LGBT-specific interests and more on general cultural and lifestyle subjects.

Logo does not report Nielsen Media Research ratings, so their following and performance has to be researched independently. According to a Simmons Research study, Logo tops all ad-supported broadcast and cable nets in two demos (adults 18-34 and 18-49), while taking second place among the 25-54 set. This clearly illustrates the relevance for and the affinity of the target audience, as well as their loyalty. This also meant that the advertising environment was favorable.

The success of advertising

"Our viewers are very curious about the companies that want to reach them," Sherman said. "This is a highly sophisticated audience, and they are very aware when they're being messaged to."

Things did not always go smoothly: according to Wikipedia, writer Del Shores brought his series Sordid Lives to Logo in 2008. After Shores and the actors, including Beth Grant and Olivia Newton John were not paid, the series stopped production after only one season. It is being stated that MTV has still not paid them.

On a smaller scale other networks, studios and broadcasting companies had aimed at the LGBT demographic at one point in time, with different means and different levels of success.

For instance, in 2006 HGTV, a cable channel more associated with landscaping ideas and bedroom makeovers than reality TV, ventured into that realm with a new reality competition, HGTV Design Star. Guerrilla marketing in New York, and targeted communications aimed at women in beauty salons and the gay community in nightclubs round out the effort, according to HGTV. 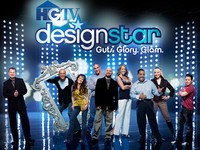 is actively involved in the LGBT community and offers sponsorship to yearly events such as gay pride events and film festivals as well as supporting a number of community organizations. here! both produces original programming and acquires programming to air on the network. The channel airs original series, movies, documentaries, talk shows, reality series, and comedy specials.

Lisa Sherman, Logo’s Executive Vice President and General Manager said: "It doesn't particularly surprise me that the niche networks rise to the top because they speak to folks who share a very particular affinity". She noted that engagement tends to translate into ad receptivity. Logo viewers are most likely to watch ads on the channel because they tend to be relevant to their interests.

The change of strategy did not mean they completely abandoned the LGBT market: the range of original content was extended with LGBT-themed series like Cucumber and Banana. 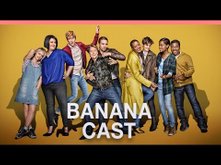 In 2015, they changed their logo for the second time. Commentators observed: “This is the third iteration of the Logo logo with the original version being one of the uglier TV channel logos I can think of. The second (now previous) version was a vast improvement but mostly because it wasn’t the original logo anymore. It was a decent wordmark with an interesting typographic choice but it felt pretty dry for a channel whose most popular show is helmed by 6-foot-4-inch drag queen RuPaul.” 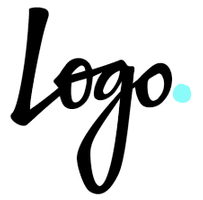 Some content originated from other Viacom properties including Comedy Central, MTV and VH1, such as Nip/Tuck and Buffy. In April 2011, Logo acquired the rights to air the British comedy series Absolutely Fabulous and co-produced the show's three revival specials during 2011 and 2012 with the BBC and BBC America.

The most successful original programme is RuPaul's Drag Race, produced by World of Wonder, which - until 2015 -ran for 8 seasons. It was expanded with the spin-off shows RuPaul's Drag U and RuPaul's All Stars Drag Race. The show has become the highest-rated television programme on Logo TV. It won numerous awards, among which Outstanding Reality Program at the 21st GLAAD Media Awards, and has been nominated for 4 Critics' Choice Television Award and a Creative Arts Emmy Award. 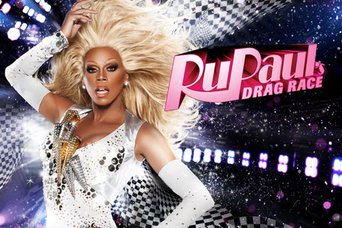 By February 2015, approximately 51,337,000 American households (44.1% of households with television) received Logo TV in their subscription package.