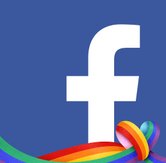 During the war for marriage equality in the US, Facebook launched the “Celebrate Pride” tool. This was announced by CEO Mark Zuckerberg, but only AFTER the Supreme Court ruled that same-sex marriage was a fundamental constitutional right. Too little, too late? (Apple has been supporting benefits that covers same sex partners since 1993) The network played a major role in several high-profile political battles, so one wonders why it did not exert its influence here.