The City of Brotherly Love… marketed since 2003 by the Greater Philadelphia Tourism Marketing Corporation (GPTMC) as “Philadelphia. Get Your History Straight and Your Nightlife Gay”, when GPTMC “joined a very short list of cities around the world to officially “come out” as a gay-friendly destination.”

Since then, Philadelphia spent a couple of million dollars towards gay and lesbian travelers. The campaign was dubbed “the Nation's Largest Gay Tourism Marketing Campaign”. 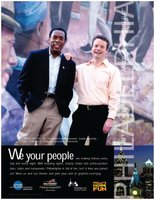 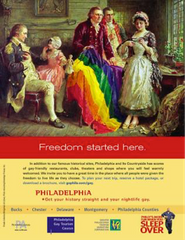 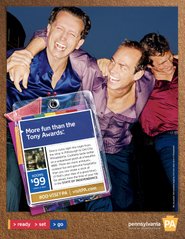 A groundbreaking TV ad (2004) placed the city’s gay-friendliness in historic perspective, building on the slogan Get Your History Straight and Your Nightlife Gay. 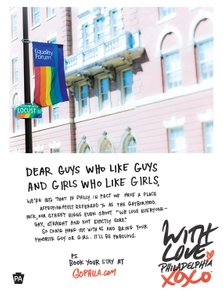 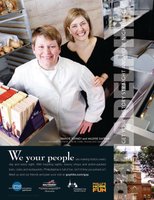 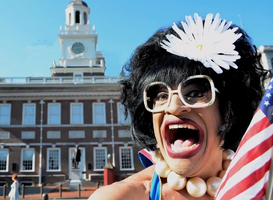 Note: Jeff Guaracino, the leader of the GPTMC campaign and CEO of Wawa Welcome America, was invited by Elsevier to share what GPTMC had learned with a wider audience in the tourism and marketing industries in a first-of-its-kind book called, Gay and Lesbian Tourism: The Essential Guide for Marketing (Elsevier 2007). The book features case studies, best practices in gay tourism marketing, and expert advice from the pioneers in gay travel.