Walmart Stores, Inc, doing business as Walmart, is the US largest retail store company - as well as the largest private employer in the world - and hence serves as a role model. As of April 30, 2020, Walmart 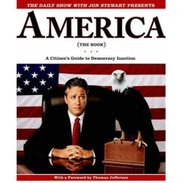 They have long been known for generally taking a conservative stance: it pulled Maxim magazine from its shelves for its revealing content and canceled its order for Jon Stewart's best-selling "America (The Book)" because it featured a fake photo of naked Supreme Court justices.

The score on the HRC Corporate Equality Index

As to LGBT rights Walmart has a checkered history. Over the past 15 years, though, they have made a remarkable - if not consistent - turnaround on LGBT matters. In the Human Rights Campaign’s annual Corporate Equality Index of 2002 Walmart scored 14 out of a possible 100; in 2008 it scored 40; growing to 90 in 2016, by 2017 the score had reached a perfect 100 - after implementing changes to make the company more LGBT-friendly, such as adding insurance coverage for medically necessary care for transgender employees in 2016 - which was hailed by some mainstream reporters as "a huge victory for the gay rights movement".

This perfect score, however, was subsequently suspended after the Equal Employment Opportunity Commission found that two transgender employees had been harassed on the job and discriminated against because of their gender identity. In 2019 and 2020, the score was reset to 100.

Advocate reports: "Walmart’s transformation into an LGBT ally may be a curveball in the retailer’s conservative half-century history, but it parallels America’s new boardroom ethics. Most major companies are now deeply invested in talent acquisition and retention, diversity initiatives, and good PR in the age of hashtag activism. "

Walmart steps up - and down

Walmart was one of the first companies that solicited the advice of Out & Equal, whose priority lies in encouraging employees to come out at work and broach domestic-partner benefits with HR. The retailer has also donated at least $60,000 to the organization.

In 2003 - after years of lobbying by activist groups - Walmart extended its workplace nondiscrimination policy to include sexual orientation. In 2005 they staged an in-house seminar called "Why Market to Gay America," but it took until 2006 for Walmart to take further steps, when they hired gay-marketing consultant Witeck-Combs Communications, joined the National Gay & Lesbian Chamber of Commerce (NGLCC) and begun discussions with activist groups about extending domestic-partnership benefits to its employees. This was rather bold, in the light of timing: these were the days before the majority public opinion had grown to approve of such policies, and boycotts were all around (mind you, without much success). The hesitation was also illustrated by the official reaction of Walmart: they declined to comment on the three steps they took and would only confirm the company's partnership with the NGLCC.

Like clockwork, the religious zealots reacted. The Family Research Council's Tony Perkins asked consumers to challenge Walmart on why it chose to "fund radical social activism." The American Family Association (AFA) issued an  "Action Alert" kvetching about the NGLCC deal and called for a nationwide Black Friday boycott. As a side note: a boycott pronounced by the AFA (or related One Million Moms) is usually beneficial, as it tends to backfire greatly - if only from the vast exposure that “money can’t buy” from a hopefully viral ad. 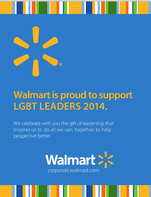 The Americans for Truth about Homosexuality (AFTAH) criticized Walmart for giving increased financial support to LGBT groups such as the Gay & Lesbian Victory Fund, and encouraged  customers to contact the company to stop using its corporate dollars to further the gay agenda.

Their president Peter LaBarbera worriedly observed that the company had increased its Corporate Equality Index (which he called "rigged") to 90%. He wrote: Moral Corruption of Children - Funded by Walmart: Is this appropriate for children? Will a supposed “constitutional right” to a nationalized homosexual “marriage” - which will ensure that more kids end up in “gay”-led households - “safeguard” children as the Supreme Court majority Justices claim? A little boy marches in the homosexual “pride” parade holding a “rainbow flag.” Children love bright colors and flags; thus it is subversive that the beautiful colors on display at pride parades like this are not celebrating goodness and God’s creation but rather assorted forms of sex- and gender deviancy and rebellion against God.

Do note the many " - signifying that he is not at all so sure about what he is writing.

He also prophecized: the next step for them to achieve a rating of 100% is to give “transgender health benefits”. This would mean that they would be supporting “body-mutilating sex reassignment surgeries” and passing them off as “health” benefits. Imagine the horror...

Note: in the same article they criticized Walmart for stopping to sell Confederate flags as a statement against racism...

On the other hand (or rather, "side") AdAge reacted: “Walmart believes in true family values: a good deal for everyone, straight and gay. That's the American way.”

Walmart responded by withdrawing from the NGLCC. It issued a statement saying it would no longer contribute to "highly controversial issues, or give preference to gay or lesbian suppliers," citing a corporate mandate to remain neutral on controversial issues. Yet, in 2009 CEO Mike Duke signed a petition supporting an Arkansas law prohibiting same-sex couples from adopting - how is that for 'remaining neutral'? 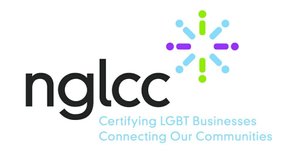 In 2010 they resumed their partnership with the NGLCC, which among other things served to helped attract and hire a diverse array of suppliers. This move was not without controversy as both conservative and gay activist groups criticized the alliance. On the right, both the Family Research Council and the Culture and Family Institute (a think tank that focuses exclusively on opposition to gay rights) at Concerned Women for America spoke out against the partnership between Walmart and NGLCC. “I don’t think this is something that will sell on Main Street America, where most Walmart stores are located,” said the Family Research Council. On the left, Pride at Work, a constituency within the AFL-CIO labor confederation, criticized NGLCC’s partnership with Walmart because the retailer did not offer domestic partner benefits to its gay employees.

In 2013 Walmart finally came around, and announced to offer benefits to same-sex and domestic partners of its workers (at a time when other major companies were doing away with spousal benefits altogether). The move came after a slump in sales, when the effects of the crisis became tangible. They veered away from their long-standing conservatism, likely driven by pure business impulses during changing times, and lure by the spending power of the LGBT. Another reason was to show they cared for their workers (after strikes for pay rises). Their ranking on the HRC index was very low at that moment.

Walmart in the offense

In 2015, shortly after Indiana’s introduction of the RFRA (the Religious Freedom Restoration Act, basically a legal framework to discriminate against LGBT in the name of the constitutional "freedom of religion"), the state of Arkansas followed suit with the HB 1228, also known as the Conscience Protection Act. However, due to the unprecedented backlash they saw in Indiana, they were very quick to tune down their wording. This was prompted i.a. by a strong and unexpected statement from Walmart, who calls Arkansas their home state. In a statement in its Twitter feed they asked governor Asa Hutchinson to veto the proposed legislation. CEO Doug McMillon tweeted: the bill’s passage “threatens to undermine the spirit of inclusion present through the state of Arkansas and does not reflect the values we proudly uphold”.

The statement was all the more remarkable because Walmart had always been known for its insularity and discomfort with social issues. They studiously avoided touching public policy for the most part, rigidly adhering to its founder’s vision of a company focused relentlessly on low prices and big stores. However, business imperatives and rapidly shifting public opinion on issues like same-sex marriage, pushed Walmart to take a strong, public stand that would have been unthinkable several years before.

Justin Nelson of the NGLCC: “You have a company that frankly was abysmal on LGBT issues if you go back five years, but has now become an employer that has a non-discrimination policy that includes sexual orientation and gender identity, that is headquartered in an incredibly conservative state. The fact that they came out and said that this bill cannot discriminate against LGBT people, that’s very powerful to say. I don’t know that there is a stronger corporate voice that could have said that than Walmart. It’s been an evolution. It almost mirrors how America has evolved in those issues.”

After the 2016 shooting in the Pulse nightclub in Orlando, a Walmart associate from Marietta, Georgia, tweeted: “Y’all see a gay club shooting as a horrible tragedy. I see it as someone doing community service.” Barely 24 hours later, Walmart confirmed that it had fired the employee and that the company didn’t tolerate such behavior.

As early as 2004 the internal corporate resource group, Walmart PRIDE (Promoting Respect, Inclusion, Diversity & Equity) was launched by a core group of the 600 LGBT employees at the head office. The group "came out" publicly in 2012. In the US operation, but also at Walmart subsidiary Asda's (UK), PRIDE members and allies can spot one another by a special lapel pin: the Walmart yellow spark over a rainbow. Jokingly, a suggestion was made to change the slogan to 'Save Money, Live Better and Be Fabulous!'. 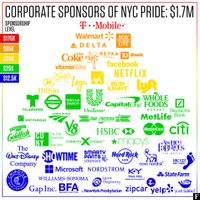 In 2013, Walmart sponsored eight local events that celebrated LGBT Pride Month. By 2015 Walmart sponsored more than 30 Pride events across the country, donated to LGBT organizations such as SAGE and the LGBT Bar Association, and celebrated diversity and inclusion on its corporate blog. Within Walmart’s global workforce of 2.2 million associates, there would be an estimated 88,000 LGBT.

A minor controversy arose around Valentine’s Day in 2019. In their social media campaign “Love Is In The Aisle: A dating show at Walmart”, in which couples were going on blind dates shopping in Walmart, episode two featured Andy and Patrick. They get to know each other by sharing “pan” puns and conspiracy theories on all-in-one body wash, shampoo and conditioner products. The AFA and their affiliated One Million Moms weren’t pleased with Walmart’s attempt at LGBT inclusion (but remember, that's a good thing!). And even though the ad says nothing about marriage, this is the reaction of the righteous president of AFA:

In 2018 Walmart started a collaboration with lesbian icon Ellen Degeneres to create a clothing and accessories line - EV1 - that’s awash in American flags and rainbows and is sold in 2,300 Walmart stores.

Ellen previously (2012) was a spokesperson for JCPenney, which cause a predictable uproar from the AFA. The fact that the largest U.S. retailer fouind value in aligning itself with a 61-year-old lesbian who has a recurring segment on her talk show called “Oh, Straight People,” was, in many ways, a testament to how thoroughly Americans have accepted LGBT rights, 50 years after the Stonewall uprising. 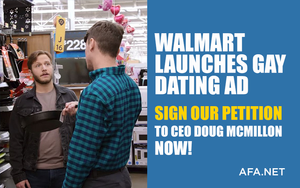 "I honestly never thought Walmart would join the cultural revolution and reject the beliefs of its customer base. It's clear that Walmart is on the path of elevating homosexual relationships to the same level as the male-female model of marriage. We have no choice but to ask our supporters to let the company know how they, the customers, feel about Walmart’s shift away from neutrality on this controversial issue to full support for same sex relationships. At least with a company like Amazon, we knew they were liberal from the outset. But this seems more like a betrayal from a well-known friend. Sam Walton is probably turning over in his grave.”

Mind you, this was 4 years after SCOTUS made same-sex marriage the Law Of The Land: talking about the 'right side of history'...

The retailer's website gives 416 results when looking for "LGBT", among which clothing & accessories, jewelry and party supplies (including a "Rainbow Pride Party Collection"), but also for instance 43 products under Gay & Lesbian "Movies & TV Shows".