BMW is a German multinational company (est. 1916), which produces luxury automobiles and motorcycles in Germany, Brazil, China, India, South Africa, the UK, and the US. They also own Mini and Rolls-Royce. The company has significant motorsport history, especially in Formula 1, sports cars and the Isle of Man TT: it's all very masculine.

The beginning: a paradox.

It started in 2006 with a paradox: BMW of North America came under fire from Gaywheels.com – for advertising in gay and lesbian magazines. They called BMW hypocritical by targeting “the deep pockets” of gays and lesbians in publications like OUT and The Advocate, but didn’t offer domestic-partner benefits to employees. Their sister brands Mini and Rolls-Royce were already steps ahead. This changed in 2008, when BMW followed the colleagues, after which Gaywheels endorsed them as gay-friendly.

In 2007, they ran a teasing campaign which included billboards: the visual showed a convertible with the text “Hard Top. Firm Bottom. It’s so L.A.”, playing with words commonly known in the gay world. Another read: “When the top’s away, the car will play”. They were the work of David Morris Parson, who was rewarded with the Commercial Closet Award, for respecting diversity. However, the use of stereotypes was not appreciated by everyone. A market survey in Texas revealed that the target group found the ad, in particular the tagline, both offensive and insulting (sic.), because they used negative stereotypes, in this case the promiscuous gay.

A year before, a local dealer in Texas, Classic BMW, had started to look at the gay drivers. One ad stated “Being Out Has Never Been So In”. Another aimed at lesbians with the slogan “Freedom to Go Where You Want and Be Who You Are”.  A third ad was more neutral and stated: “It’s about respect”.

BMW of North America was a top sponsor of the 2012 Lavender Law® Conference and Career Fair of the National LGBT Bar Association.

In Palm Springs, the BMW Performance Driving School considered itself to be a Palm Springs Area Destination, possibly of the gay kind, by being included on the visitgaypalmsprings.com website. 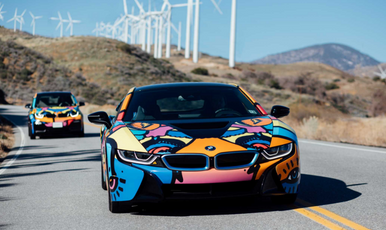 In 2017, Hildegard Wortmann, Senior VP BMW, said: “To stay relevant to digital natives, who are more interested in smartphones than cars, automakers must be prepared to take more risks when positioning their brands and not shy away from edgy subject matter“. Since advertising no longer has the same reach, marketing executives need to be more willing to stretch the limits and be prepared to go directly to the customers and take a stance on key social issues such as gay and lesbian rights. She referred to it as providing “thought leadership.” Her team placed a specially designed BMW i8 at the Coachella Valley Music and Arts Festival in California, making a connection with “sex, drugs and rock ‘n’  roll”. Taking the risk brought rewards as the social media impact was immediate with people posting pictures of themselves in front of the BMW i8. “We’re using their community in order to boost our message,” Wortmann said.

BMW i served as an official partner of the Coachella Valley Music & Art Festival more than once. The festival is not specifically gay or gay-friendly though.

The story behind the British vanity licence plate “YES I GAY” is a bit vague and might be a hoax, as it appeared on two different silver BMW’s. The plate was not issued by BMW though, and just happened to be attached to one. Or two? 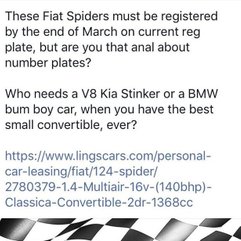 In 2018, there was some commotion around the advertisement from online car leasing company Ling’s Cars in the UK. The ad promoting Fiat Spider cars for lease stated: “Who needs a V8 Kia Stinker or a BMW bum boy car, when you have the best small convertible ever?” Facebook users quickly reported the message to the Advertising Standards Authority. When the ASA approached the company to explain the ad was offensive, Ling’s Cars suggested changing the wording to “batty boy” cars – an equally derogatory name for gays. The ASA banned the ad for homophobic content, after explaining that both “bum boy” and “batty boy” are homophobic slurs.

During the 2019 WorldPride in New York, there was an extensive program. BMW launched the #GoWithPride campaign: the programming included the creation of a custom wrapped BMW 8 Series, together with Jonathan Adler, who shared his journey to the WorldPride NYC Parade in the BMW 8 Series Convertible on BMWUSA’s Instagram page.

Also, there was a partnership with CNN, the “QUEER CITY: A CNN Experience”, a multimedia museum experience, which explored the real stories of people behind landmark moment in New York City’s queer history. At the location, BMW set up a photo booth, where visitors could take a picture expressing what Pride meant to them. These then became part of an exhibit wall thus including attendees into the festivities.

A fleet of #GoWithPride wrapped BMW 8 Series Convertibles carried the WorldPride Parade’s grand marshals. BMW partnered with GLAAD, outside of their NYC headquarters leading up to the weekend’s events. The company made a donation to GLAAD and provided food, beverages and giveaways, while a fleet of BMW X7 Sports Activity Vehicles delivered t-shirts to over 200 GLAAD volunteers.

In 2020, while corona prevented Pride festivals to be celebrated "as usual", BMW of North America launched a new campaign in celebration of Pride Month, entitled “Driven By Pride.” It featured various activations, including BMW’s support of The Trevor Project’s “Pride Everywhere” campaign, and communications across BMW’s digital channels. 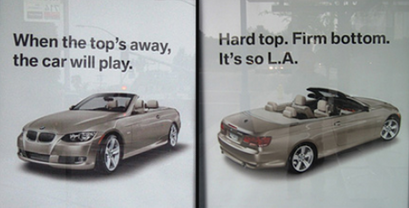 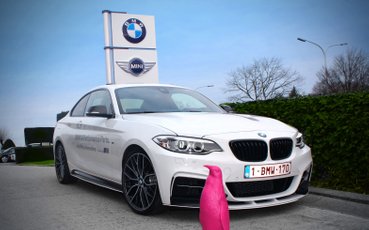 A report conducted in China in 2016 showed that “if you were to stereotype members of the LGBT community in China, you’d come to find that China’s gay men have deemed BMW, Mercedes-Benz, and Audi to be their top three auto brands. Meanwhile, lesbians picked Land Rover, Lamborghini, and Mini Cooper.”

In New York, BMW and Bleu Magazine organized an “ultimate brunch”, celebrating the vibrant culture of the LGBT community, similar to a Chicago event. 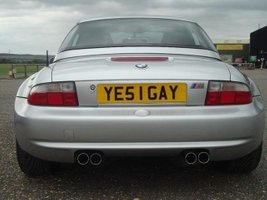 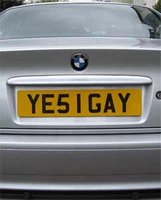 In the 2018 campaign "Unexplainable", a 30-second beautiful lifestyle video features a series of kisses at the end: one kiss is shared between two men. Blink and you'll miss it. 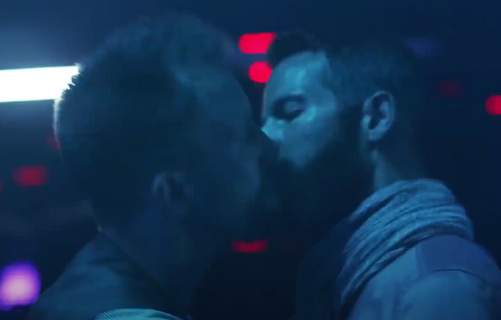 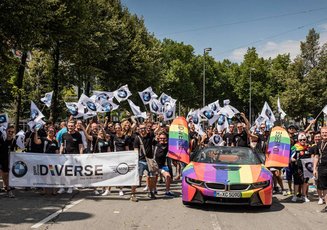 BMW's corporate home page includes a section on Diversity, where they say: "For us, diversity means living a culture that is based on appreciation and respect, so that people of all origins can contribute and develop with their personality and identity. BMW Group PRIDE stands for exactly that. The network acts as the mouthpiece of the LGBT+ community where diversity, equality, trust, respect and inclusion come first. Together, we ensure a positive, tolerant and open work environment in which everyone is welcome regardless of their sexual identity."

Along with the car show, the event included live musical performances from Janelle Monae, Billy Porter, Deborah Cox and Luisa Sonza. In addition, the broadcast features grand marshals from the LGBT+ community, including Dan Levy of Schitt’s Creek.

“While many of this year’s live Pride activities were cancelled out of necessity, BMW continues to stand with the LGBT+ community in this celebration of Pride and unity,” said Uwe Dreher, vice president of marketing, BMW of North America. “As the world continues to demonstrate for racial equality and justice amidst the ongoing COVID-19 pandemic, there has never been a more urgent time to celebrate togetherness and unity.”