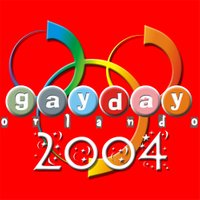 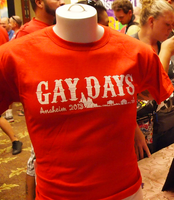 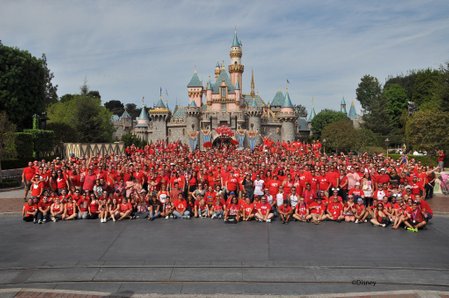 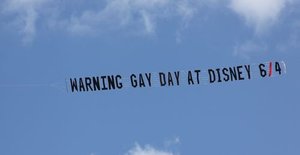 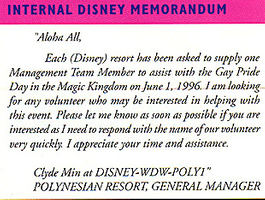 Although the Gay Days were - of course - condemned by the Religious Right, they did not announce a boycott in this case. However, when Disney announced that it would sell its theme-wedding package to same-sex couples in 2007, the opponents reacted predictably. “America continues to slide toward the abyss. God help us!” cried Vision America. 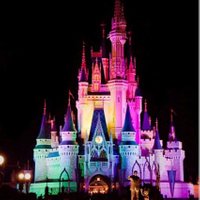 The Walt Disney Company doesn’t seem to be shy when it comes to making bold statements supporting equal rights for the LGBT community. The company signed amicus briefs for the DOMA and Prop 8 cases back in 2013. They also signed a friend-of-the-court brief in 2015 urging the Supreme Court to rule in favor of marriage equality, and after the court did just that, Disney World lit up Cinderella’s castle in rainbow colors. 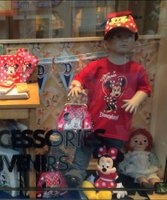 In 2015, Disney made yet another bold statement, but hardly anyone noticed. One of the stores in Disneyland set up a new window display featuring a boy mannequin with traditionally feminine attire: a Minnie Mouse shirt and hat, carrying a Minnie Mouse purse. The "gender non-conforming mannequin" was standing amongst a range of toys including dolls and a Snow White storybook.

While it’s true that the Walt Disney Company has been vocal about supporting LGBT rights, they still have a long way to go when it comes to depicting LGBT characters in their movies and television shows. The Disney Channel allegedly maintained an unofficial ban on LGBT issues in the past – but the policy appeared to be relaxed in 2014, when it finally featured its first same-sex couple on an episode of Good Luck Charlie, one of the network’s most popular original comedies. More recently, Zootopia and Frozen featured characters that appeared to be same-sex couples, though it was not explicitly confirmed in either case.

Early 2017 Disney's cartoon Star vs. the Forces of Evil featured the subtle moment of a gay kiss. In the episode, main character Star is left lovesick at a concert when her best friend Marco shares a dance and kiss with his crush Jackie instead of her. The moment was so subtle that it even escaped the notice of America’s puritanical self-appointed TV censors, One Million Moms...

However, that is about it for this media and entertainment giant. Walt Disney Studios even received a failing grade from GLAAD on the 2015 Studio Responsibility Index, an annual study that maps the quantity, quality and diversity of LGBT people in films by major motion picture studios.