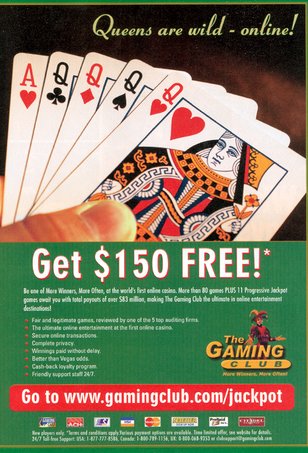 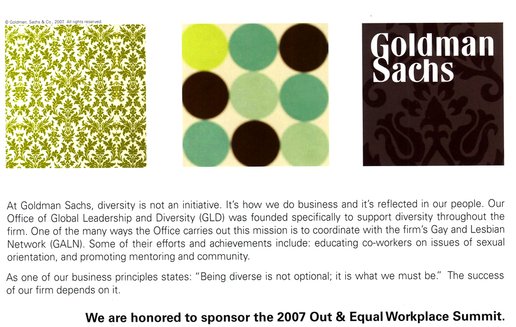 Heineken Germany advertises in support of a Pride event (CSD). I find it a bit strange that they are showing the backside of the bottle - thereby making their brand almost invisible: or are they suggesting something??

Pharmaceutical companies were among the first to specifically target gays, in the wake of the AIDS epidemic. In the US, patients can often choose their own brand of medication, so there is a massive advertising industry in all media, offering all kinds of prescription drugs. 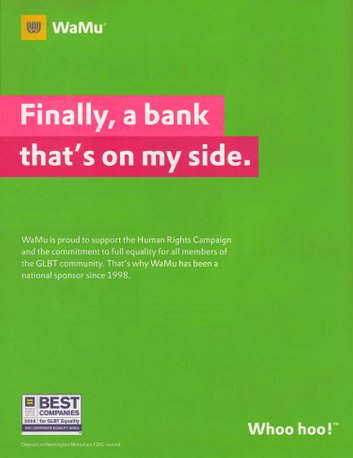 The Gaming Club is treading on thin ice: they make colloquial jokes about gays ("Queens are wild"), which can be taken as offensive. Only gays are allowed to make gay jokes, especially potentially derogatory ones like this. As this is not a gay brand - and you cannot see who is 'saying' this (maybe a gay character?) - I think this is not a very wise choice.

An example from the workplace: employer Goldman Sachs has first empowered their LGBT employees and now takes it a step further by sponsoring a large LGBT workplace summit. The next step could be gay marketing!

Savings bank Washington Mutual (WaMu) sponsored the Human Rights Campaign in 2008. Strangely enough, they did not use their own logo colours (yellow and blue) which are also the HRC's colours - but an unrelated combination of apple green and pink/red.

Funny note: the "Whoo hoo!" is a TM, introduced as an advertising campaign earlier that year. As fears of an economic crisis were rising,  WaMu wanted to position themselves as a consumer-friendly institution. During its run, the Whoo hoo! ads became widespread in web navigation, leading to a double digit growth at the WaMu website. The term “wamu” appeared in searches over 1,000% more between January and March 2008 than in all of 2007.

In this context the Whoo hoo! gets an extra (gay) meaning - but I am not sure this is what WaMu had in mind.

Note: the bank went into receivership in 2008. A connection to their choice of colors was not provenhttps://www.google.com/adsense/start/how-it-works/. 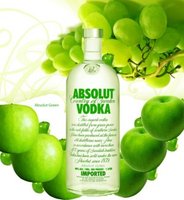 Of course, Absolut vodka, the absolut champion in gay marketing has green ads, as they have ads in every colour of the rainbow - and more. Check out the case study for more examples, and background information.

"Oldtimer" Xerox showed their diversity in this ad, supporting their LGBT employees. 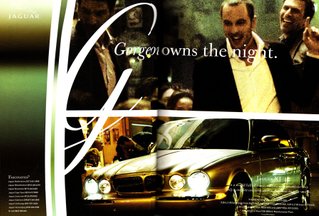 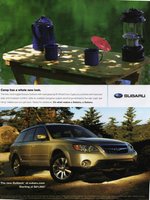 Cars in all sorts and classes have aimed for the LGBT customer: Jaguar targeted the affluent gays, while Subaru has been a long-term partner for lesbians (often supported by spokesperson Martina Navratilova). 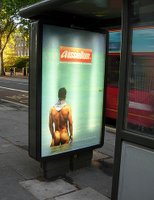 Aussiebum showed their Aussie bum in this billboard in Sydney.

A wordplay on coming out, by Prime Outlets was used to invite gays to come and spend their money.

Tanqueray has often approached the gay market, often with a bike run (fundraiser).

Canadian TD Group has been a staunch supporter of gay rights for a long time, and has subsequently invited the LGBT consumer to become their customer.

See the case study for more visuals and background information. 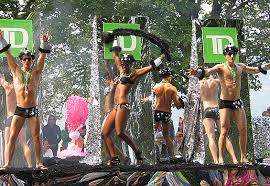 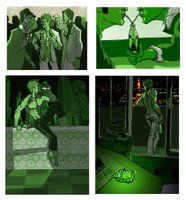 Another green beer: Carlsberg, flirting with the gay consumer. Quite different from Heineken though (see above). 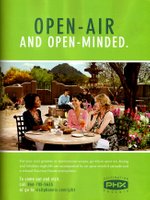 Solgar Vitamins began running their mainstream ads in national gay media in the US in February 1997, and in September 1999 initiated its gay-specific campaign in the UK that shows a playful male couple. This version of the campaign features the word "Passion" and carries the tagline "True to life."

A launch via the gay glossies can also serve to load your brand name with a high quality image. Solgar is not cheap, so they aimed high with this approach.

Note: President Rand Skolnick, who took over the business from his father in 1984 as the youngest CEO in the natural health business, was openly gay, and devoted much of his life to the gay community in his hometown and beyond.